We have been invited by @HallyMk1 to contribute some songs to the open playlist to accompany his eagerly awaited inaugural professorial lecture:

2+2=5: The university and the secular crisis

Well, I added a few and thought I’d share the thoughts that I had on selecting them.  We were asked to consider on the keywords

My selections don’t necessarily fit those tags perfectly but all have a personal story for me.  They also reflect strongly my current state of mind, working in a University and living in a country at a time when I deeply disagree with the political decisions being taken at all levels.  Alongside and allied to that, I find the state education system that I have fought and stood up for for so long failing one of my children.  These songs help me to describe those feelings, as well as giving me comfort and relating the solidarity and love that I think we need to resist.  I find all these songs (well, maybe bar one!) powerful and beautiful.

This is a melancholy song; it’s what my guitar always seems to default to when I’m feeling down.  It’s release was at a time in my life when the world was full of both promise and angst – just about to head to sixth form college, trying to get a girlfriend.  Over the years, it has returned to me countless times.  It always puts me in mind of some Orwellian north western town, with everything closing in, both physically and metaphorically.  As the song progresses, I see some kind of dystopia, unremitting and universal.  However, at the end, we are exhorted to “Immerse your soul in love”.  Love and kindness play an integral part in my version of solidarity.

Fairport Convention – Who Knows Where The Time Goes?

A personal favourite. My Dad used to play this to me when I was little and I managed to repay the favour and play it for him on his 60th.  The spotify version isn’t my favourite, I’d have preferred the Sandy Denny demo version played on her 12 string with scant regard for normal time signature and cadence.   We hear that our fickle friends are leaving as time passes, but we are not alone.

“And I am not alone while my love is near me
I know it will be so until it’s time to go
So come the storms of winter and then the birds in spring again
I have no fear of time
For who knows how my love grows?”

Pink Floyd – Another Brick In The Wall

“Hey teacher, leave those kids alone”  enough said, really.  The increasingly narrow definition of what constitutes education, the quasi-militaristic enforcement role of teachers, the emphasis on conformance and returning workers to the system at the end of a process.

The stark realisation that we’re all just another brick in the wall, the system doesn’t care, a mass intellectual revelation in itself.

A tease.  This is in here because the prof views Mumford as musically bankrupt.  Actually, I quite like the song, too.  I can see the criticisms of the band being overly commercial, one trick ponies, etc..  But, I remember hearing this song and thinking it was something other than the pop sound of the time.  Actually, the lyric is rather bitter and hopeless – not really fitting with my theme, but there it is.

The Strawbs – Part Of The Union

This, to me, is a key piece of music.  We are stronger and more resilient together.  We must act together in solidarity, compassion and love.  Above all being kind to each other.  This informs my life choices and, whilst the pre-Thatcher lyric might seem somewhat naive on first reading here, there is still great power in the collective.

Pete Seeger – We Shall Overcome – Live

A sister song to that above, really.  the very singing of the song, it’s simplicity, the ease with which the crowd can join in and the lifting of the song as it is sung by hundreds and thousands of people shows the hope and faith of the collective.

From the ages of about 8 to 12, my brother and I had an old Grundig cassette recorder in our bedroom.  It was this one: 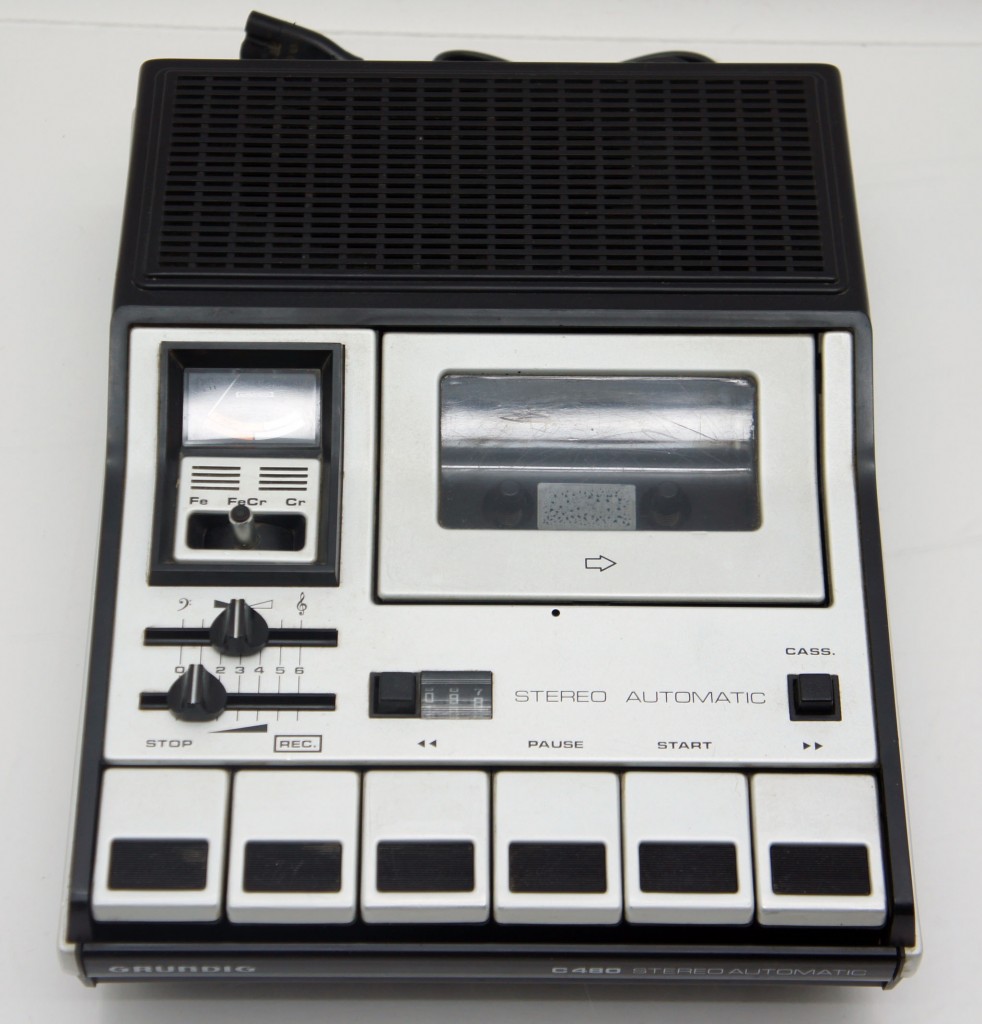 The Grundig C480 we used – note the selector switch for tape types. I remember we had to press record and play together to make tapes on it…

It had been my Dad’s prize possession, but as he moved on, we got it along with a handful of C90 tapes with various bits on them.  Amongst them was a Billy Bragg tape and we listened over and over again.  I could probably sing nearly all the songs from that tape to this day.  The world turned upside down made the cut for this lyric:

Emancipate yourself from mental slavery, none but ourselves gonna free our mind

Another tape we had was Bob Marley and the wailers’ Legend.  Stuff I listened to at this age has stuck with me and I have to thank my Dad for filling it with good socialist stuff.  We also discovered a reel-to-reel tape recorder at my Grandma’s around this time, but tales of that will wait for another day – enough self indulgence.

Again, not my favourite version on spotify – I’d have had Rory Gallagher and Jack Bruce doing it.  Do listen to that version – some of the best rock guitar-ing you’ll hear.  I love musical collaboration and relatively impromptu covers – I feel that they have a creative energy that you don’t get from a carbon copy reproduction of the recorded version.  I’ve never really understood musicians who didn’t want others to join in and improvise on their songs, but that’s another aside.

In terms of this song – for me it represents the superficiality of those in power, cynical manipulation of their image and the spectacle.  This is the great crisis.

Probably the song I’ve most recently discovered on this list.

As well as this being a very powerful piece of music in its own right, Eroica makes the cut because of its dedication.  Beethoven was reportedly to dedicate the piece to Napoleon, politically impressed by the revolution and move from aristocracy.  But on hearing that Boney had declared himself emperor, he tore up the dedication – upset that the revolutionary had adopted the trappings of the elite.

A beautiful Leonard Cohen song, performed by the late Jeff Buckley.  Evocative of my University days, it signifies a particularly strong time in my Education, as well as the time when my girlfriend (now wife) and I started out on our journey together

Nick Drake – Time Has Told Me

Another time based folk song – maybe there is a subconscious theme here. I first got turned onto this piece on having a nagging feeling that I recognised the subtle lead guitar parts towards the end – props if you can similarly recognise the very characteristic style – let me know.  Having listened to it repeatedly, I hear a voice relentlessly straining to be freed from something.

In my mid to late teens, I had the great fortune to play Viola with the Lancashire Schools Symphony Orchestra.  We toured Europe playing this piece and along the way I learnt about its history.  Shostakovitch produced a great deal of work, including this one, under the strictures of Stalin’s soviet union.  This piece of music can be interpreted (and indeed was) as a piece full of pomp, celebrating Uncle Joe’s triumphant empire.  However, beneath the surface in Shostakovitch’s characteristic jarring intervals and chromatic, you can perhaps hear a man sarcastically thumbing his nose at the regime as it imposes restriction after restriction. A dangerous game to play, but one which Shostakovitch seems to have managed.

So, once more I add this as much for its history as the piece itself.  In addition – getting my fingers around the Viola part in this remains one of the hardest things I’ve ever had to do.  The sense of satisfaction at being able to play the viola solo in Movement 1 remains with me to this day

I choose this movement for its beauty, really.  There is something religious about it.  Playing this kind of music in my teens opened me up to a world of emotions and the possibility of communicating them through a skill or craft.